Kat Keough is a leading fertility and prenatal nutritionist, she has been interviewed by publications such as Australians Women’s Health.

The 7 Foods to Avoid for Healthy Sperm The spotlight is often on women when there’s talks of having a baby, but that’s only half the story. It takes two to tango!

For years, research on preconception and early life exposures that affect our baby’s health has predominantly focused on maternal influences. Couples often don’t consider the health or diet of the man, because for our whole lives we’ve been told that men can have babies well into their nineties, while the clock starts ticking for women in their thirties. For some, this can be true, but it’s definitely the exception, not the rule. In fact, sperm quality begins to decline as early as 35. So, while a decline in fertility due to age is more subtle in men than women, it can and does happen!

Sperm counts in men, regardless of their fertility status, have declined around the world by 50 to 60% in the past forty years. In fact, infertility has been identified by the WHO as a global public health issue. In infertile couples, male factors, either alone or in combination with female factors, account for 50% of all cases. So, if this is you, know you’re not alone.

The good news is, research suggests that poor nutrition can be one of the underlying culprits. What that means is… you have the control and ability to set things right!

Normally we don’t like to be negative Nancies and harp on about what people shouldn’t be eating, but in the case of male fertility, the research is really cut and dry. These 7 foods have a huge amount of research behind them when it comes to the potential negative impacts they can have on sperm development, sperm health and fertilisation.

Now, let’s get to why you’re here! The 7 foods to avoid for healthy sperm:

Sorry to be a party pooper but it has to be said! Alcohol affects just about every aspect of male fertility – it reduces sex drive, throws reproductive hormones out of whack, decreases sperm count and reduces sperm quality. We also know that it can result in reduced motility, abnormal morphology and higher rates of DNA fragmentation, as well as decreasing the chance of fertilisation.

While the occasional beer or glass of wine is relatively harmless and can still be enjoyed, we’d highly recommend that you exercise caution when drinking beyond this amount – particularly if you and hubby have been fighting an uphill battle with trying to conceive. To keep things simple, here’s our overall advice – even if you’re a moderate drinker, try and cut back where you can, or forgo it altogether. The end result will be worth it.

If you’re a bit of a coffee nut like the team here at Ovitae, you might be pretty (ok, a lot) depressed to hear that caffeine is on our list. This one is a little more complicated because caffeine is known to have negative and neutral effects on male fertility. The majority of research showing inconclusive results, were studying the effects of caffeine in terms of coffee and tea. So good news, if you love indulging in a cup or two of tea or coffee each day, you don’t need to make any changes.

If you’re drinking multiple cups a day, you’ll need to start limiting your daily caffeine intake to around 200mg (roughly 2 to 3 single espresso shots or 3 cups of tea).

When it comes to cola and caffeine-containing soft drinks, that’s another story. A huge amount of research has shown that caffeinated soft drinks are consistently linked with decreased semen volume, sperm count and concentration. So cut them out altogether if you can.

If you’re a calorie counter or currently trying to reduce your sugar intake, you might be inclined to use sugar-free sweeteners, drink diet-labelled soft drinks and/or opt for anything that says ‘no sugar’. While most of the research indicates that alternative sweeteners are generally safe for the majority of the population, consuming these can have adverse effects on fertility.

For women that are actively trying for a baby, research has shown that it can lead to problems in developing eggs, embryo development, implantation rate and chance of pregnancy. But when it comes to men, research isn’t quite as robust. Some studies found that alternative sweeteners can increase the rate of sperm DNA damage, significantly reduced sperm motility, reduced count, abnormal morphology and decreased testosterone.

We believe this is a case where the potential risks definitely outweigh the benefits. It’s in your best interest to avoid sugar-sweetened beverages and anything else that contains artificial sweeteners, for at least three months prior to conception.

Eating fish is really important for men experiencing infertility. Not only is it an excellent source of protein, it’s also full of omega-3 fatty acids, which we know is vital for reproductive health. However, fish in their natural environment eat plants and other organisms that can contain mercury. This accumulates in their muscular tissue, and then of course, we eat that tissue.

Mercury is toxic, even if you’re exposed to fairly low levels, and is also found to be associated with infertility, especially in cases of unexplained infertility. It’s also been discovered that all sections of the human sperm are potential binding sites for mercury, as well as supporting cells in the testes, seminal glands and the epididymis (the tube that stores and transports sperm).

Studies have found that men with higher intakes of mercury-containing fish have:

Now, don’t get us wrong – this doesn’t mean that you should just quit eating fish altogether. Fish is one of the biggest fertility-boosting and sperm optimising foods you can eat, but be picky! Where you can, limit your consumption of fish that contain higher levels of mercury, such as:

Before all you meat lovers out there heave a collective sigh, the focus here is on processed meat – things like sausages, salami, ham and bacon. Processed meat, especially processed red meat, has consistently shown quite a significant negative effect on sperm health. The research shows that men who consume higher amounts of processed meat can reduce their sperm count, motility and the percentage of normal morphology.

Consider limiting the amount of processed meat that you’re eating each week. Try swapping it out with healthier protein options like fish or poultry, or even lean red meat occasionally. We all know that a high intake of saturated fat is generally considered unhealthy, and that it’s long been linked to an increased risk of heart disease and prostate cancer. That’s no surprise, but what about fertility? Research shows that men with high intakes of saturated fat have up to 60% lower sperm concentrations and sperm count.

Sources of saturated fat include:

There’s a tonne of research that shows how bad trans fats are for our overall health. And when it comes to male fertility, they’ve been found to have a negative impact on sperm development, total sperm count, concentration and motility, as well as reducing testosterone.

Sources of trans fat include:

Omega 6 fatty acids have also been linked to male infertility. While they do have some health benefits, if you’re consuming too many of them, they can cause inflammation and oxidative stress, and negatively affect sperm integrity and function.

They’ve been linked to impaired sperm quality in the following ways:

Sources of omega-6 fats include:

Here are a few easy diet swaps to cut down on saturated, trans and omega-6 fats in your diet:

change your full-fat milk coffee for a low-fat version 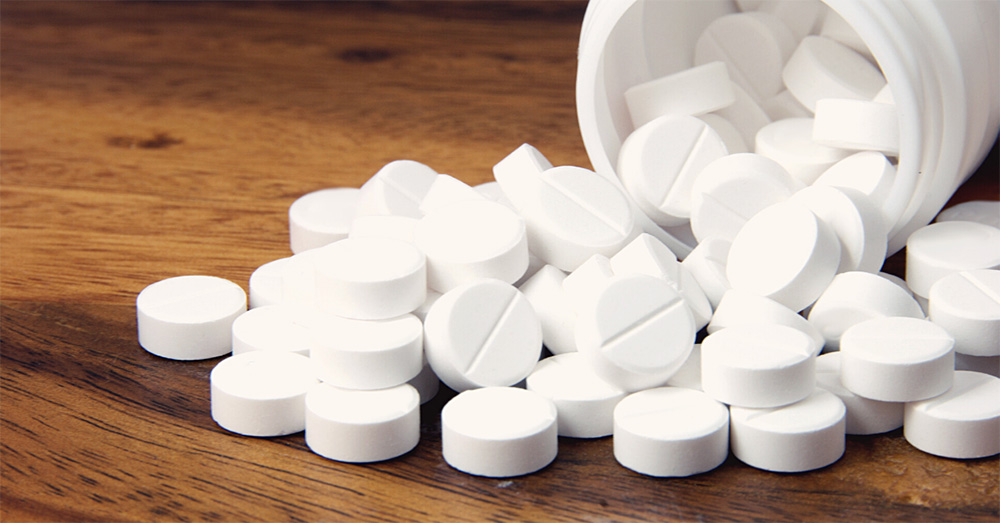 Let’s also touch on the effect that some of the most common pain medications, such as ibuprofen and paracetamol, can have on fertility.

Ibuprofen, a common anti-inflammatory, appears to decrease testosterone as well as causing reductions in motility, viability, count and DNA integrity, and therefore, fertilising capability. The effects also appear to be dose dependant, so the higher amounts of ibuprofen coupled with extended use caused greater issues than smaller doses taken occasionally or for short periods of time.

So, you’re probably wondering if you currently take these medications, should you be stopping altogether? Well, not necessarily. This is one of those situations where you need to weigh up the benefits versus the risks. If you need to take these medications, continue to do so, but perhaps consider limiting your intake. If you need to take it for more than a few days consecutively, it’d be a good idea to check in and consult with your doctor first.

So there you have it, the 7 foods to avoid for healthy sperm!

The team at Ovitae xo

Ovitae is proud to be Australian Made and offically endorsed by the Australian College of Midwives.